Hello friends, and happy Top Ten Tuesday!! Today’s list is all about books that I’ve recently added to my never-ending list of books to read. (The full 798 and counting can be found on Goodreads, here.) I feel like I find new books for my tbr through other bloggers every single day, and maybe this list will help you find some new books too! *cue maniacal laughter*

(TTT is a meme run by Jana @ That Artsy Reader Girl.)

Note: All book titles link to Goodreads, and all cover images are from Goodreads.

I Wanna Be Where You Are by Kristina Forest
Release: June 4th, 2019

I was introduced to I Wanna Be Where You Are when Marie @ Drizzle and Hurricane Books mentioned it in Cait @ Paper Fury’s collab post about the upcoming year. (Both of those people are wonderful bloggers whom you should follow if you don’t already!) It’s a road trip story with a POC dancer mc, romance, and a dog. ❤

I think I saw this book (and its gorgeous cover!) when I was browsing on Edelweiss this weekend, but I had first heard of it when I met the author irl through another author (whom I know because we used to be neighbors, and I went to her writing camp!). This book is about sexual abuse and art and sisters and it sounds super powerful.

Last Night at the Telegraph Club by Malinda Lo
Release: 2019

This historical fiction book about the intersections between the Chinese and LGBTQ+ communities in the 1950s sounds SO interesting, but its release is so far away that it doesn’t have a cover, release date, or full synopsis yet. *cries*

Twin goddesses + stuff about climate change! I found out about this one (and the previous book!) from the amazing Shealea @ Shut Up, Shealea in her post about underhyped Asian books releasing this year. 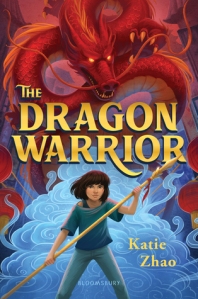 This is a middle grade book inspired by Chinese mythology with a bunch of different Chinatowns, and it sounds a tad similar to Percy Jackson which makes me very excited! (I also found this book from Shealea’s blog, haha, when she hosted the book’s cover reveal.)

My Fate According to the Butterfly by Gail D. Villanueva
Release: July 30th, 2019

I don’t know a whole lot about Gail D. Villanueva’s debut, but I know that it’s middle grade, it’s set in the Philippines, and it has to do with the impact of the war on drugs.

The Surprising Power of a Good Dumpling by Wai Chim
Release: August 2019

There is barely any information on Goodreads about The Surprising Power of a Good Dumpling, but I found out about the book from CW @ The Quiet Pond (another lovely human being!), who says that it’s about culture, family, and mental illness, and that it’s set in Australia.

This book is not coming out for a LONG time, but I immediately added it after finishing Rachel Lynn Solomon’s most recent book, Our Year of Maybe. (You can read my review here!) The very short Goodreads description says that it’s a romance set over the course of 24 hours with two high school seniors realizing they’re in love on their last day of school, and I’ll be very interested to see how that plays out.

If You Come Softly by Jacqueline Woodson
Release: September 28th, 1998

This book has been out in the world since before I was born, but I only just found it—it probably has something to do with the stunning new anniversary edition. It’s a romance between a Black boy and a Jewish girl, and that’s pretty much all I know so far.

It Only Happens in the Movies by Holly Bourne
Release: October 1st, 2017

I added this to my tbr after reading this review from Emma @ Emma Reads. It sounds very feminist-y and cute!

What are the books that you added to your tbr most recently? Are any of the books on my list on your as well? What books are you most excited for in 2019? Have you met any authors in person? Talk to me in the comments!

12 thoughts on “Top Ten Most Recent Additions to My TBR”

Hi! Welcome to Blossoms and Bullet Journals. I’m Annie, a teenaged bullet journalist who always has her nose in a book. If you like bullet journaling, creating, or reading, stick around for a while! To learn more about me, click here.

Some series 📚⠀ ⠀ Legacy was the first book I finished this year and I am still reeling from the cliffhanger ngl. I love these books so much and I’m always so mad when I finish them and then have to wait another year for the next one 😭⠀ ⠀ ⠀ ⠀ ⠀ ⠀ ⠀ ⠀ #AmpersandJan20 [makes you happy]⠀ #AlltheBooksJan20 [recommend a book series]⠀ ⠀ #yalit #mglit #bookstagram #keeperofthelostcities #childrenofbloodandbone #crookedkingdom #bookseries #bookspines
One of my fav book quotes 🎶⠀ ⠀ ⠀ ⠀ ⠀ ⠀ ⠀ ⠀ #AmpersandJan20 [#BookQuotes]⠀ #cozyascanbee [other than books, I love...journaling and art stuff, among other things]⠀ ⠀ #lettering #bookstagram #athousandperfectnotes #cgdrews #tombow #stationeryaddict #bookquote
A little late, but here is my new bullet journal for 2020! I’ve been slowly filling is up with spreads for the New Year and I’m so excited to be starting fresh in a new journal. (I had the perfect amount of space for one year in my last notebook, which was so satisfying 🤩)⠀ ⠀ ⠀ ⠀ ⠀ ⠀ ⠀ #bulletjournal #2020bulletjournal #2020bujo #bujo #leuchtturm1917 #stationeryaddict #redbubble #newyearnewbujo #bujostickers
My #2019bestnine ✨⠀ ⠀ One of my resolutions for 2020 is to be more active on Instagram...fingers crossed!🤞 ⠀ ⠀ Comment your resolutions below!⠀ ⠀ ⠀ ⠀ ⠀ ⠀ ⠀ #cozyascanbee [resolutions]⠀ ⠀ #bestnine2019 #top9 #topnine #topnine2019 #bookstagram #books #yalit #bulletjournalist #bulletjournal